Is Gardening a Foreign Language to You?

I studied horticulture in the Netherlands so, when I moved back to the states I realized I didn’t know how to speak gardening in English! There is a huge, very specific vocabulary we use to describe plants, soil, maintenance etc. Lucky for me botanical Latin is the same everywhere. I just happen to speak it with a Dutch accent, much to the comic relief of all my friends. 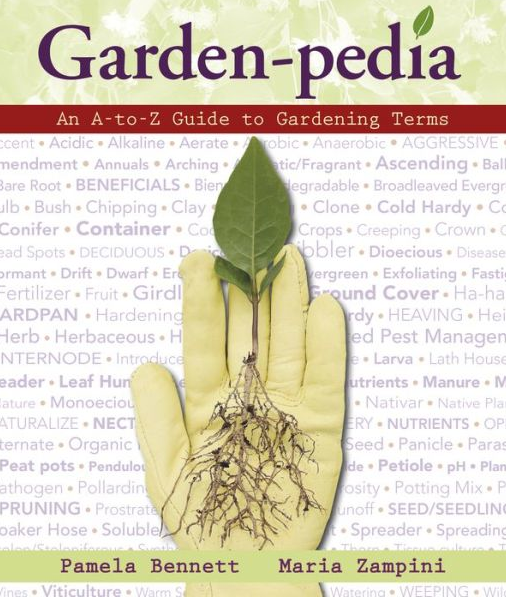 Help is on it’s way! Horticulture powerhouses Maria Zampini and Pamela Bennett have just published Garden-pedia; An A- Z Guide to Gardening Terms. Thanks to this new book, people like my brother-in-law Ken can join the conversation instead of glazing over when we start to talk about gardening. Finally, a clear, concise book with over 200 useful terms for the layman gardener. I think it would also be an excellent guide for summer staff at garden centers and, would benefit Master Gardeners and horticulture students as well. What better gift is there for that special gardener in your life? Mother's Day isn’t too far off…

Where was this book when I needed it !?

Visit Maria’s website to purchase a single copy or to place a wholesale order. A portion of the proceeds goes to The Ohio University Extension Master Gardener Volunteer Program.

Win a Free Copy!
Tell us why you need this book for a chance to win a copy from my friend Maria Zampini. Leave us a message on the American Beauties Native Plants Facebook page or write to me at: peggyanne@abnativeplants.com. We’ll select a winner on March 31st.

Bringing Life to Your Garden!
Have fun out there, Peggy Anne
Posted by Peggy Anne at 7:14 AM 1 comment:

Are Our Perceptions of Beauty Changing?

A Day At The Philadelphia Flower Show 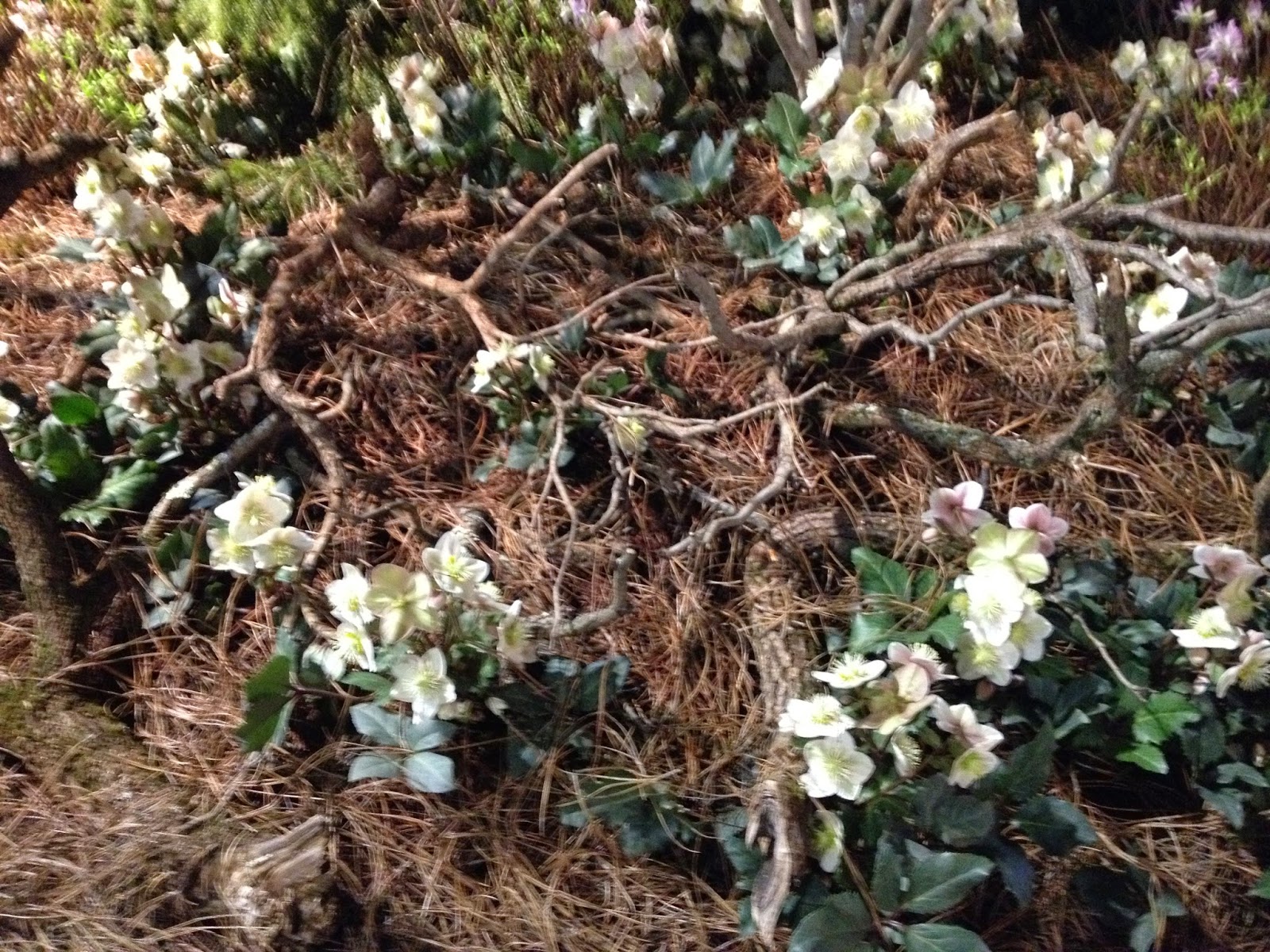 Last week I was lucky enough to sneak into the Philadelphia Flower Show before it was open to the public. Philly’s flower show is the oldest and arguably the best in the country. The cold, snowy weather made it that much nicer to be surrounded by flowering plants and the sweet smell of mulch. 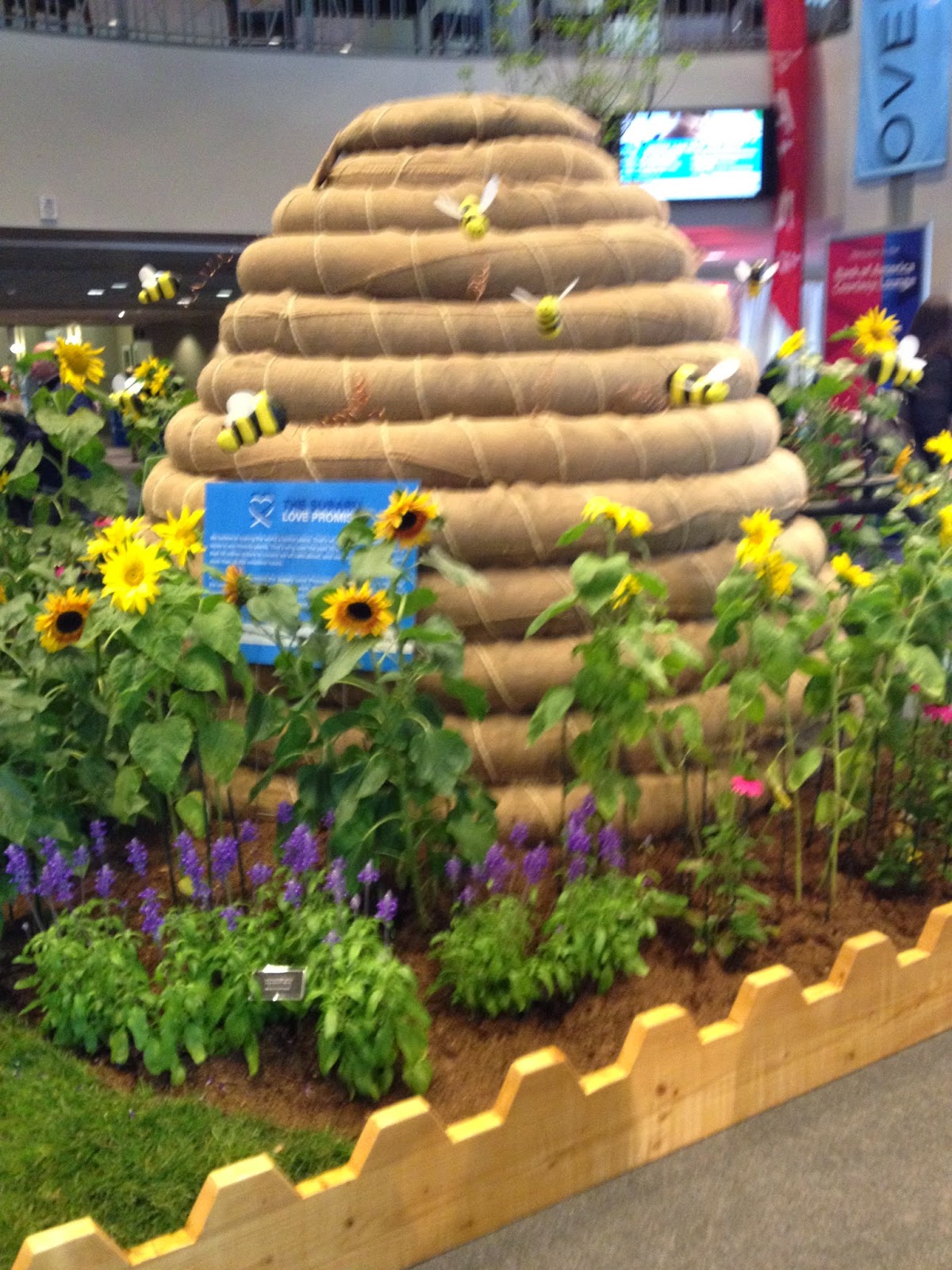 The first thing I noticed when I came up the stairs was a giant beehive from Subaru. A small fence in the shape of a honeycomb surrounded their display and the staff were wearing yellow and black jackets. Ok, they didn’t have wings but they were clearly bumblebee wannabes. When I stepped inside I was standing under the beautiful marquee in all its colorful glory, as dramatic and bold as years passed. 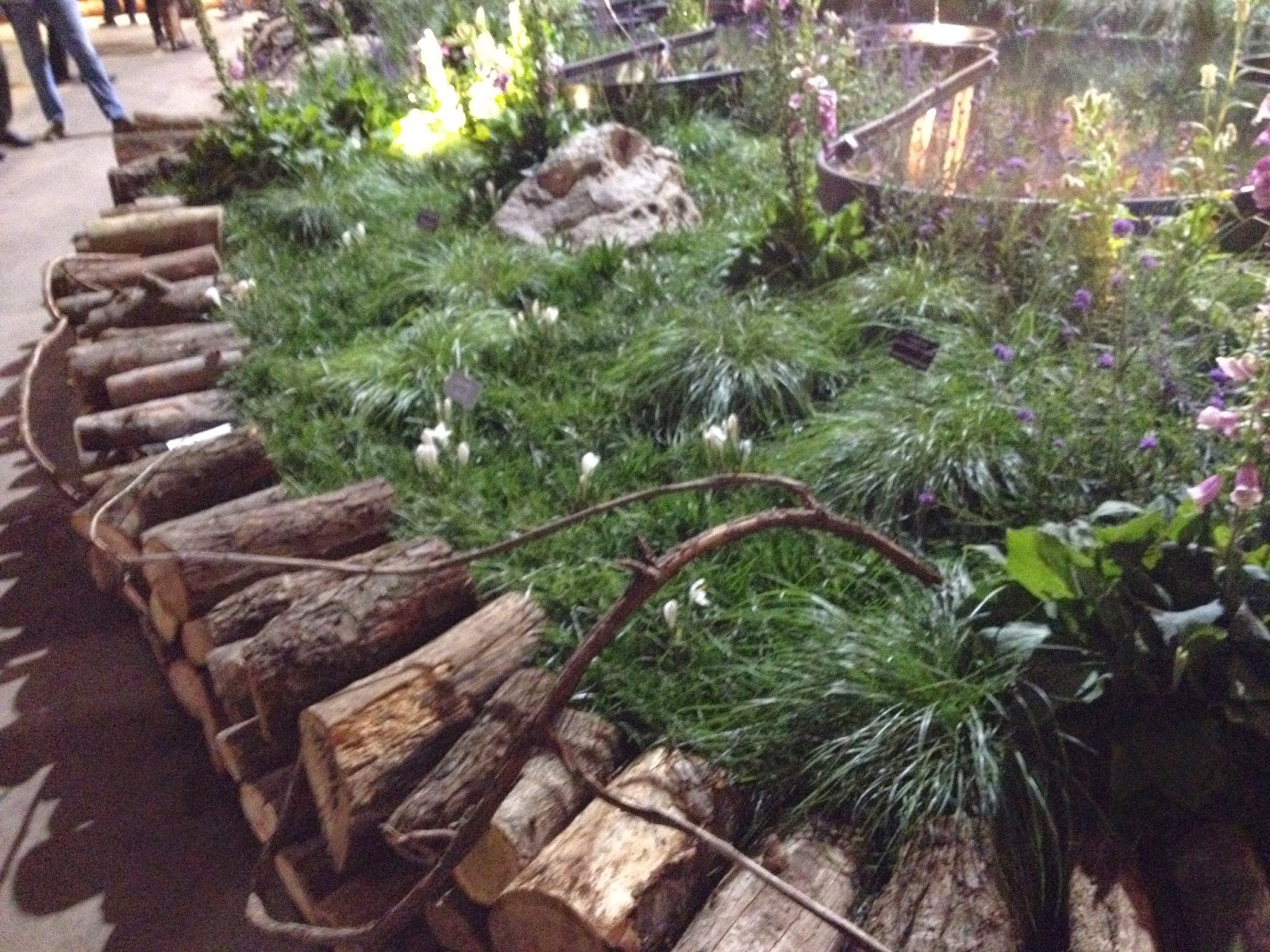 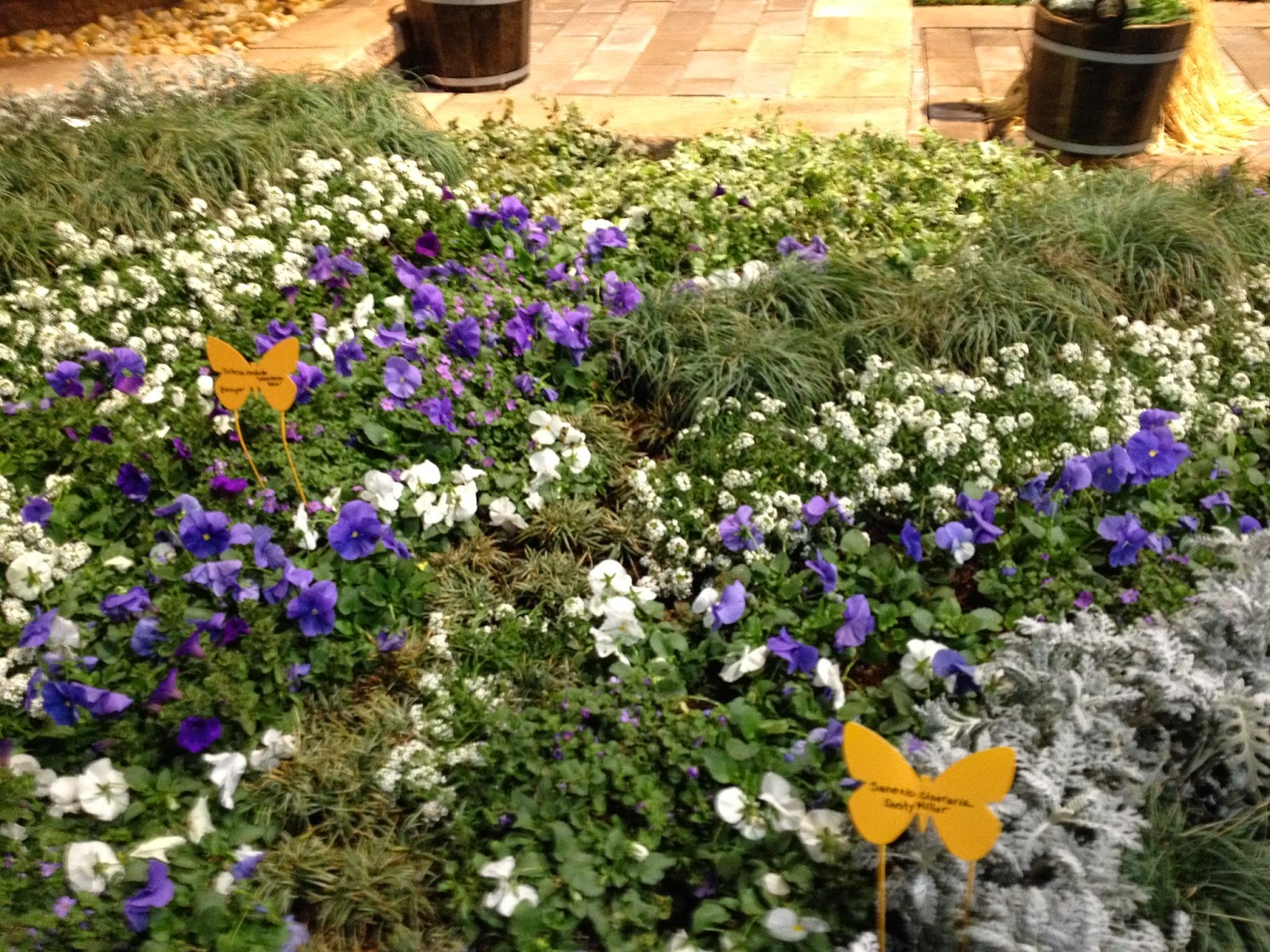 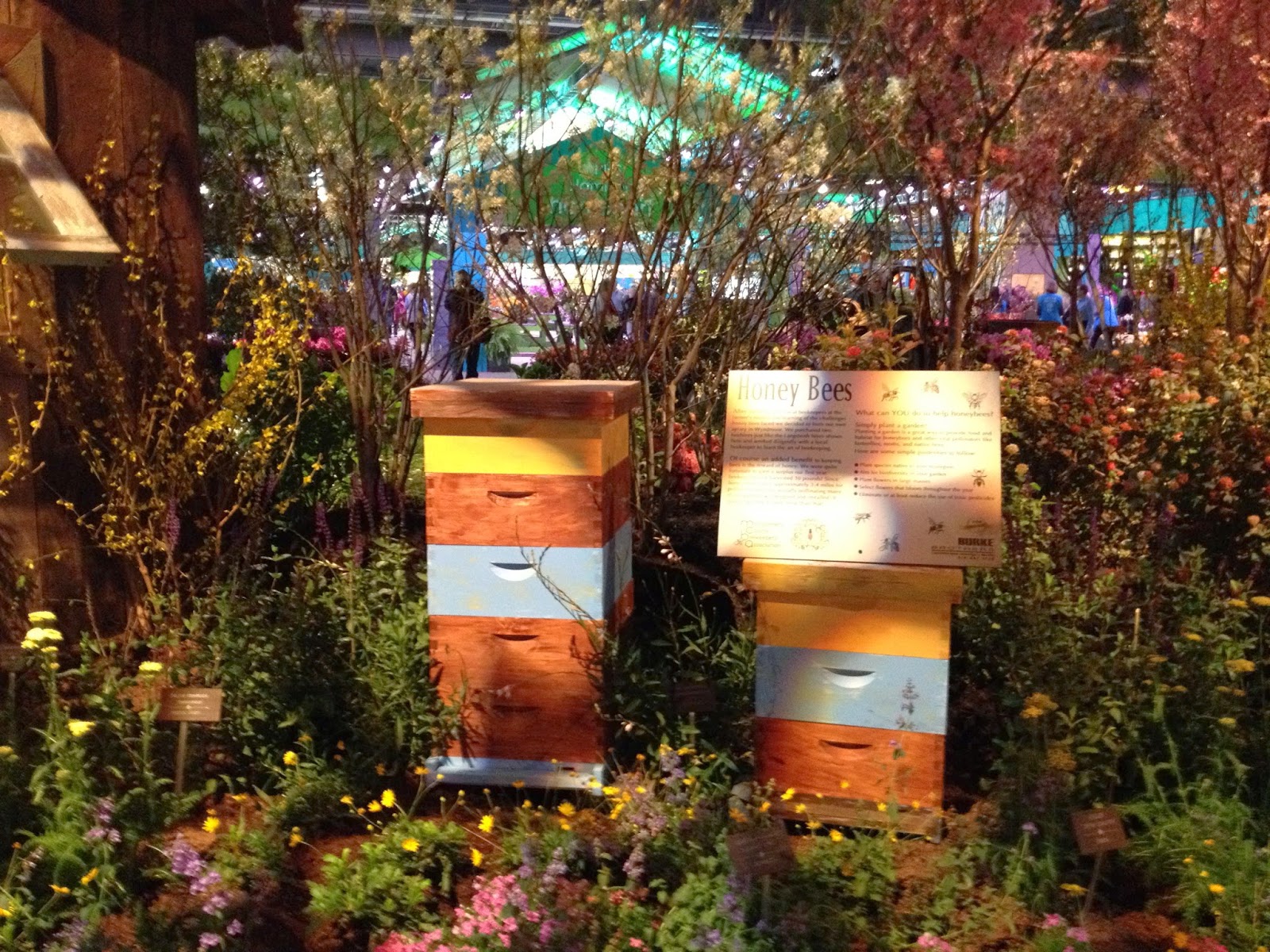 Then I started to notice that I wasn’t seeing many perfectly spaced, gaudy annuals in rows. I was seeing something far more natural. Hellebores were nestled into pine needles and fallen branches. The edging of displays were made of logs and sticks. Crocus were blooming in the un-mowed grass. Butterfly scarves were for sale. Beehives and birdhouses were prevalent. Butterfly plant stakes danced above violets and sedge. Old rusted cars became hen houses. Best native plants were called out and a native, Fothergilla was named best bloomer. Someone was even bold enough to show their shrubs, barely leafed out, with ornamental grasses in the snow! 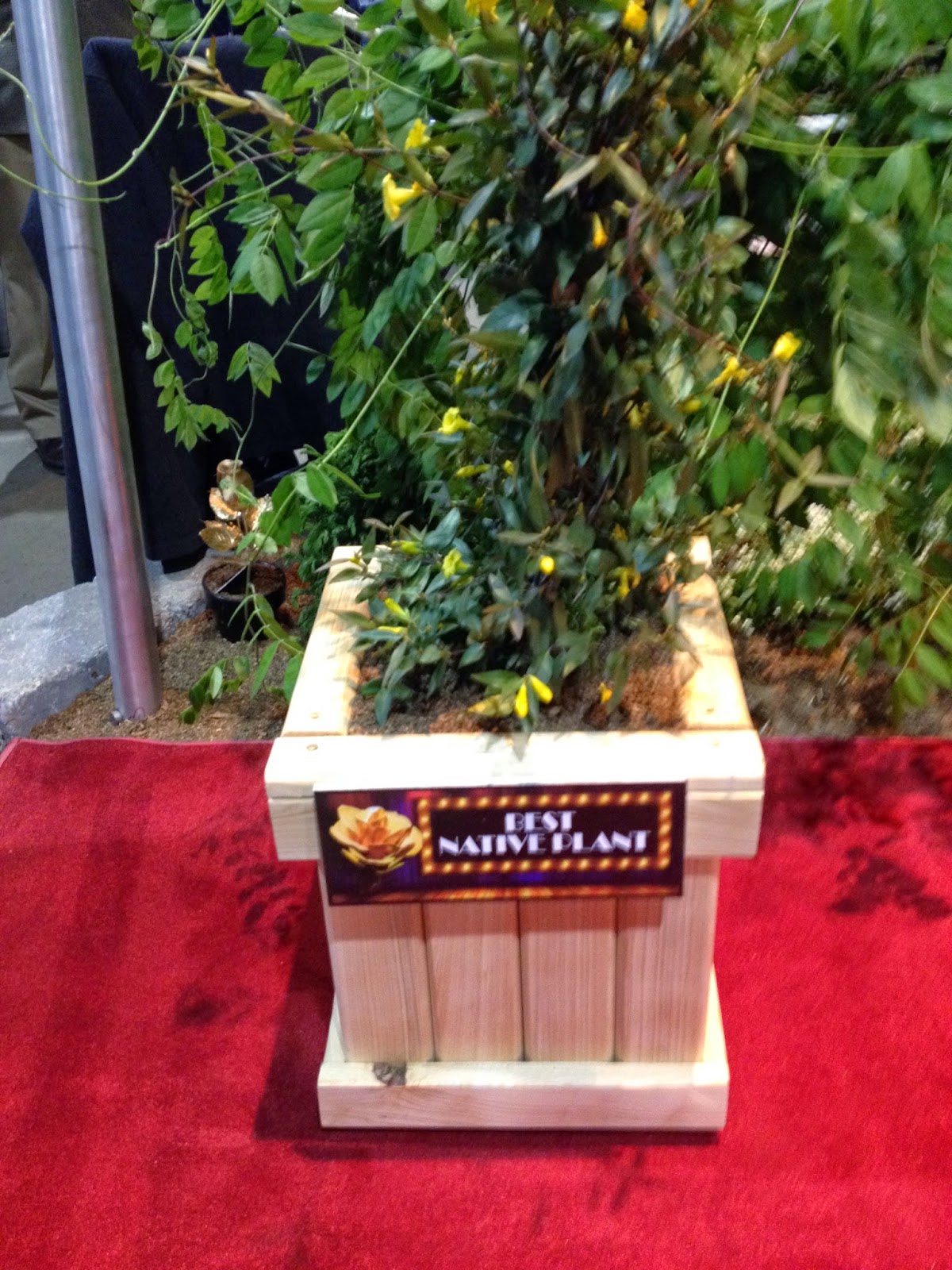 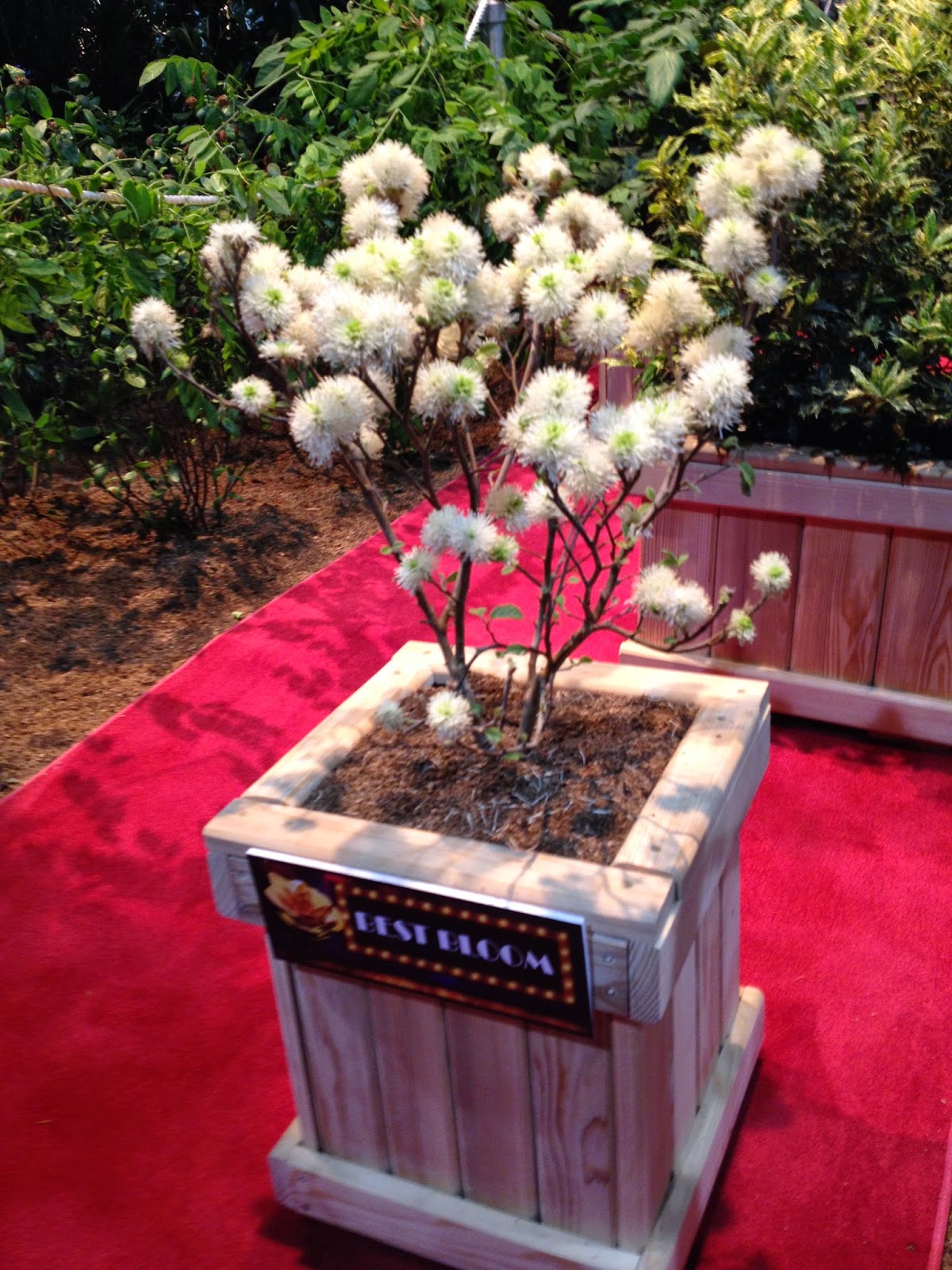 I was moved to see that we are moving closer to nature, that we’re beginning to accept the imperfect as beautiful. And, that we’re accepting native plants not because we think have to but because they bring life to our gardens! 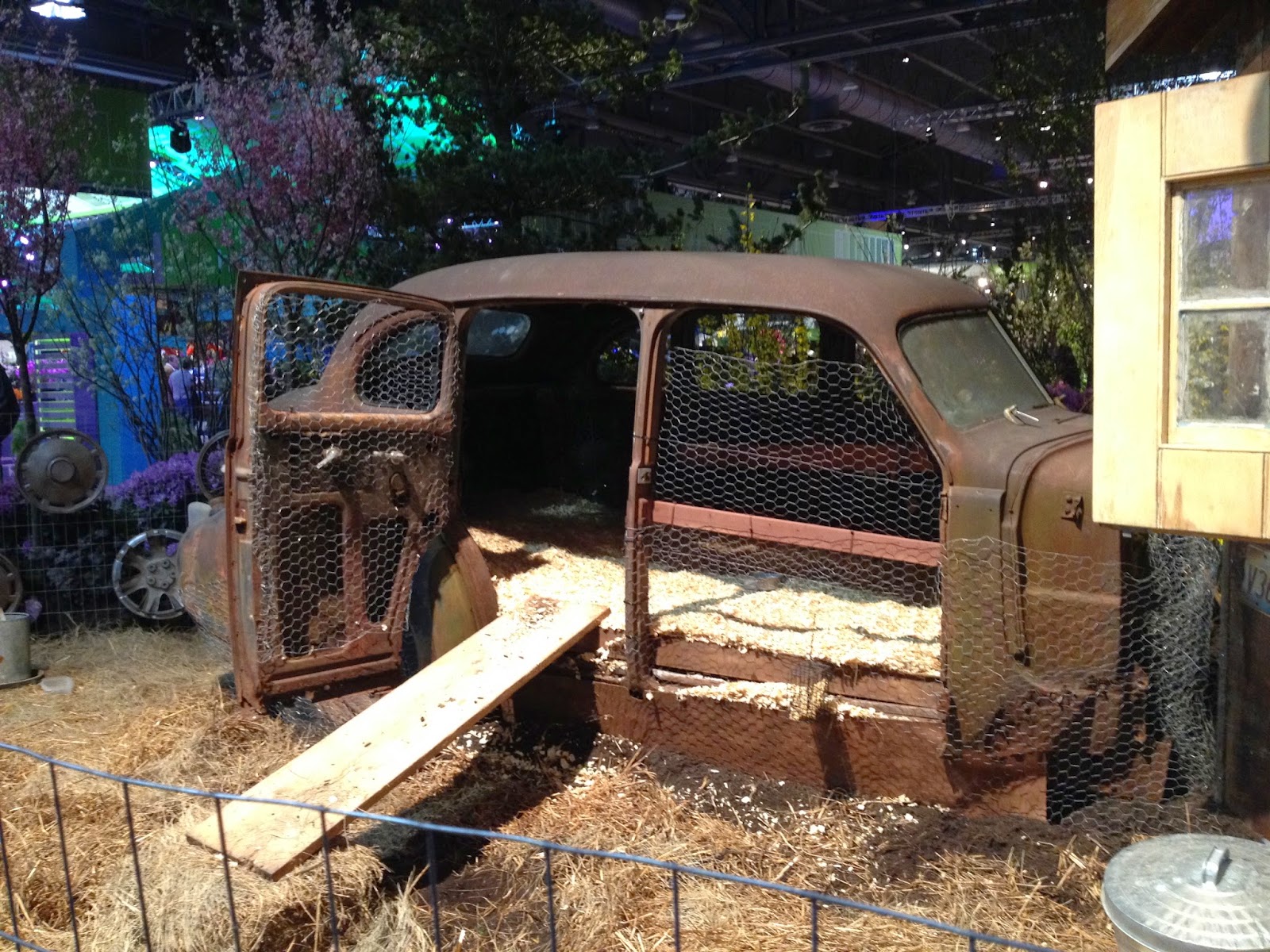 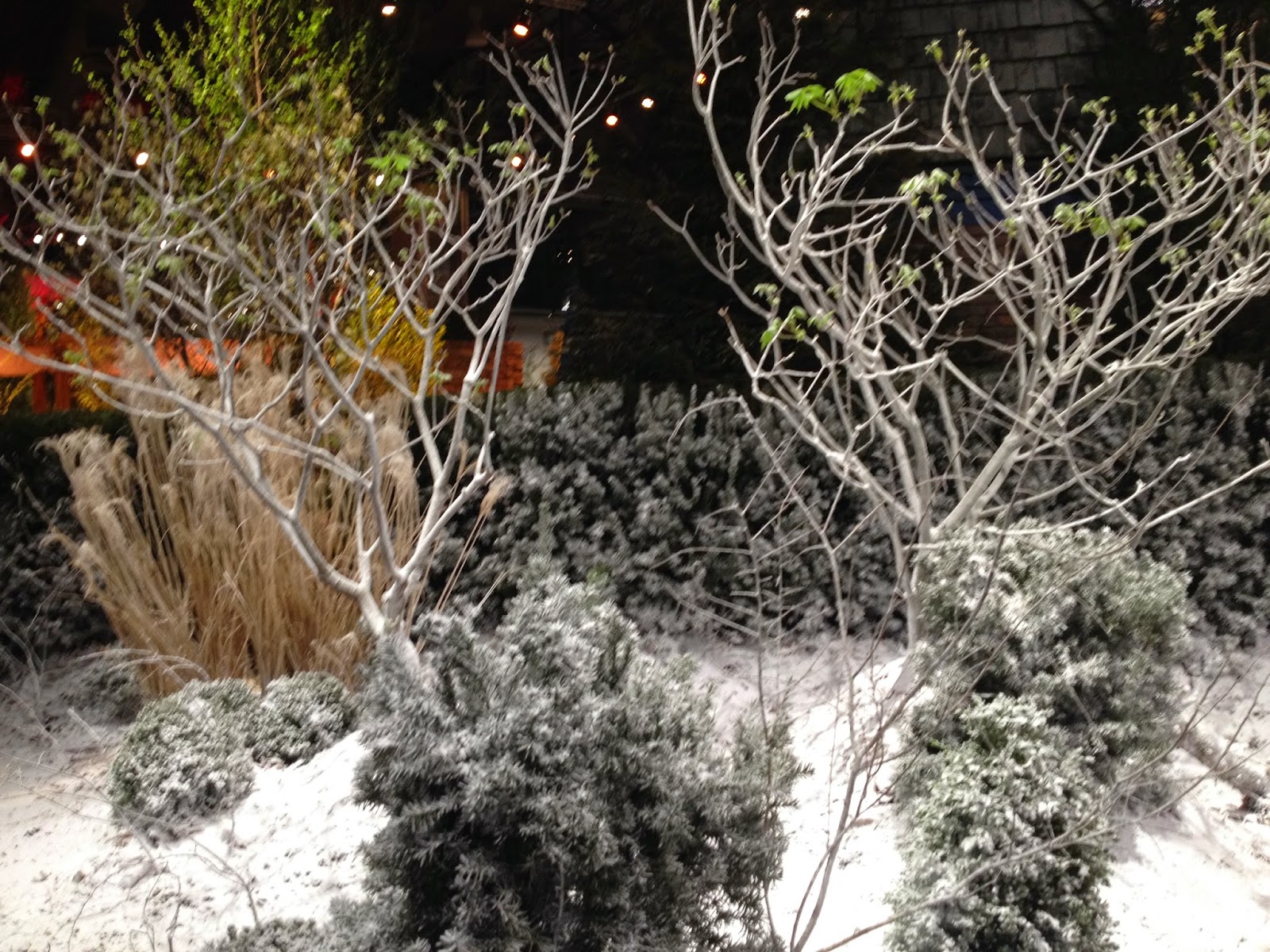 Hope your snow melts soon! Peggy Anne
Posted by Peggy Anne at 9:13 AM No comments:

Peggy Anne
Hello, Thank you for visiting our blog. My name is Peggy Anne Montgomery and I joined forces with American Beauties Native Plants in January of 2012, after I begged them to hire me. I’m very proud to be on the AB team, it’s a great brand with great people behind it. I can hardy believe how fast the years have gone by. I’ve been working in horticulture for 30 years already. I have a background in native plant research, public relations and sales with a large wholesale nursery, and I’ve owned my own business as a landscape designer in the Netherlands. I have written for numerous trade and popular publications over the years such as Better Homes & Gardens, American Nurseryman and Organic Gardening but this is my first endeavor into the blogosphere and I can already tell that it’s very personal. I’m passionate about gardening; cooking, family, friends, travel and love, and I mix them all together whenever I can. Please join our conversation, as my mom would say “there is always room for one more at the table.”